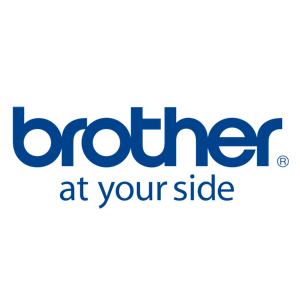 Brother International Corporation USA is a division of Brother Industries, a Japanese multinational electronics and electrical equipment company headquartered in Nagoya, Japan. Its consumer products include printers, scanners, and fax machines. A publicly traded company, Brother is a major global brand, earning over $6 billion (US) in annual sales revenue and employing over 30,000 staff worldwide.

Like other retailers, Brother has continued to ramp up efforts to sell directly to consumers through its own web and app properties. With an international footprint and a celebrated reputation for delivering high-quality products, Brother’s homepage (brother.com) ranks among Alexa’s top 5000 sites in global internet engagement.

Achieving Better Performance and Reliability for the Holidays

Large consumer-oriented retailers see web traffic increase significantly during the holiday season, and Brother is no exception. Moreover, they understood that the 2020 holiday season would bring even more online shoppers than usual, with COVID driving eCommerce sales to record highs. Even when traffic patterns were normal during the first half of the year, Brother’s websites were already experiencing unsatisfactory speeds and occasional instability, including periods when sites would suddenly go offline for up to 20 minutes. Brother knew that to accommodate surging traffic for the holidays – and to provide a better online shopping experience during the rest of the year – they would have to boost speed and reliability.

However, with so many regional domains serving massive numbers of customers across the world, the company was faced with a tremendous and difficult undertaking. To increase speed and reliability in a meaningful way, the traditional option is to invest considerable developer resources and time to re-engineer entire websites. In these cases, organizations also often assume that they have to spend a significant amount of money to purchase new infrastructure and content delivery network (CDN) services to provide extra computing resources. Brother realized these methods were too time-consuming and costly.

In addition to better performance, Brother was also looking to improve their security posture. With such a large global reach, malicious actors often target Brother's sites. Their existing security solutions did not mitigate all of these threats, including DDoS attacks. These solutions would also adversely impact performance, straining page load, time to interactive (TTI) and server response time, as well as occasionally blocking legitimate users from accessing websites.

I was amazed at how fast the Zycada team was able to onboard us. Their Customer Success team is highly capable and technically proficient, making our onboarding extremely easy. Zycada really went the extra mile for us.

Director of Quality, Security and Change Management at Brother

Ajitha Narayanan, Brother’s Director of Quality, Security and Change Management, is always evaluating new ways to improve Brother's online experience. When she first came across Zycada, the technology almost seemed too good to be true. But after quickly setting up a trial deployment and seeing results almost immediately, she realized the platform delivered exactly what it promised and deployed Zycada in full production.

Thanks to these improvements in performance and stability, Brother is now fully equipped to deliver an optimal eCommerce experience for 2020’s historically busy online holiday shopping season.

As an added benefit, Brother is also now better protected from cyberattacks. Zycada has helped the company discover and eliminate a range of security threats without straining site performance. For example, Brother noticed that they were getting a large amount of suspicious traffic from a single IP address. Zycada was able to identify those malicious actors and stop 6.3 million attacks.

Beyond the speed, reliability and security benefits, Narayanan was struck by how easy Zycada was to deploy and scale. Brother onboarded their first domain in a single day – they later added several other regional domains in just a week. Using Zycada required no coding or configuration changes.

She was also impressed by Zycada’s robust customer service support. Whenever her team needed help troubleshooting something, they were able to contact Zycada at any time and receive immediate assistance.

"I was amazed at how fast the Zycada team was able to onboard us," said Narayanan. "Their Customer Success team is highly capable and technically proficient, making our onboarding extremely easy as well. They were available around the clock and quickly answered any questions we had. Zycada really went the extra mile for us.”